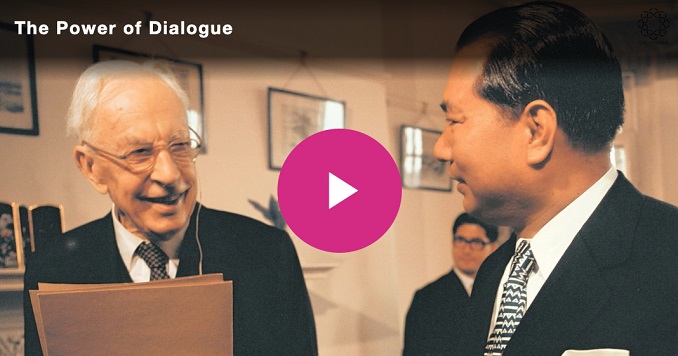 A new video, “Daisaku Ikeda: Arnold J. Toynbee and the Power of Dialogue,” is available on the daisakuikeda.org website. Over a two-year period between 1972 and 1973, British historian Arnold J. Toynbee and President Daisaku Ikeda met and exchanged views on a wide range of topics. The dialogues were published as Choose Life: A Dialogue, which has since been translated into 30 languages, most recently into Arabic. The video looks at the circumstances of this exchange and its significance in President Ikeda’s subsequent efforts to seek out dialogue with thought leaders around the world and to promote dialogue more broadly.