The Soka Gakkai is a global community-based Buddhist organization that promotes peace, culture and education centered on respect for the dignity of life. Its members study and put into practice the humanistic philosophy of Nichiren Buddhism.

Individual Soka Gakkai members strive to actualize their inherent potential while contributing to their local communities and responding to the shared issues facing humankind.

The conviction that individual happiness and the realization of peace are inextricably linked is central to the Soka Gakkai, as is a commitment to dialogue and nonviolence.

The basic daily Buddhist practice of Soka Gakkai members, carried out in their own homes, is chanting the phrase “Nam-myoho-renge-kyo” and reciting excerpts of the Lotus Sutra.

Members also gather for regular small-scale local discussion meetings where they study Buddhist principles and their application to everyday life. Participants in these meetings share experiences of applying Buddhist practice to the challenges of life. 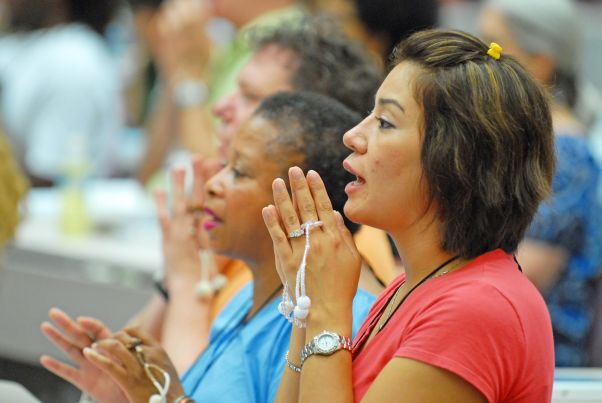 The teachings upheld by the Soka Gakkai belong to the tradition of Buddhist humanism that originated with Shakyamuni on the Indian subcontinent. A core value is respect for the dignity of life and all human beings.

After awakening to the true nature of life, Shakyamuni traveled widely, sharing his wisdom with others. The truth to which he was enlightened is expounded in the Lotus Sutra, a central teaching of Mahayana Buddhism, which holds that Buddhahood—characterized by compassion, wisdom and courage—is inherent within every person.

The teachings of the Lotus Sutra were transmitted and developed by Buddhist scholars and teachers in India, China and Japan, most notably Zhiyi (the Great Teacher Tiantai) in China and Nichiren in Japan.

In the 13th century, Nichiren expressed the essence of the Lotus Sutra as “Nam-myoho-renge-kyo.” He taught the practice of chanting this phrase as a means for all people to overcome suffering and lead happy and fulfilled lives.

A grassroots movement with 12 million members in 192 countries and territories worldwide, the Soka Gakkai is dedicated to sharing the empowering message of the Lotus Sutra and Nichiren Buddhism in today’s world.

The organization’s roots date to 1930 in Japan, when Tsunesaburo Makiguchi and Josei Toda founded the Soka Kyoiku Gakkai (Society for Value-Creating Education), the forerunner of the Soka Gakkai. 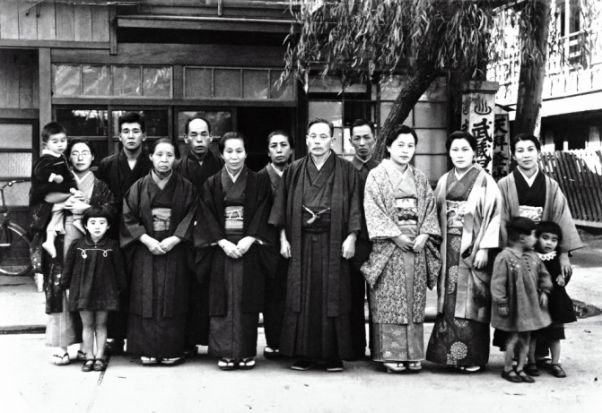 With Makiguchi as its first president, the organization began as a group of teachers focused on educational reform but later developed into a movement dedicated to the betterment of society through individual inner transformation based on Nichiren Buddhism.

In 1943, Makiguchi and Toda were imprisoned as “thought criminals” for refusing to adhere to the State Shinto religion used by the militarist government to exert ideological control over the population. Makiguchi died in prison, and Toda emerged in 1945 to rebuild the Soka Gakkai, later becoming the second president.

In 1947, amid the chaos of postwar Japan, Daisaku Ikeda encountered Josei Toda, who became his mentor, and joined the Soka Gakkai. In 1960, Ikeda became the third president, marking the beginning of the organization’s growth internationally.

In 1975, the Soka Gakkai International (SGI) was formed as a global association to link independent Soka Gakkai organizations around the world, and Ikeda became its president.

In 1983, the SGI was accredited as a nongovernmental organization with the United Nations Economic and Social Council (ECOSOC). The SGI Charter was adopted in 1995, expressing the association’s commitment to strive for a peaceful world, contributing to peace, culture and education based on respect for the dignity of life.

In 2017, marking the beginning of a new phase in its development, the Soka Gakkai adopted its new Constitution, clarifying the role of the founding presidents, basic aspects of its global administration, its essential doctrinal stance and objectives of promoting Nichiren Buddhism for the sake of peace and human happiness.

In 2021, the SGI Charter was updated and adopted as the Soka Gakkai Charter, further articulating the principles guiding the organization’s social engagement grounded in an unwavering commitment to nonviolence and the culture of peace. 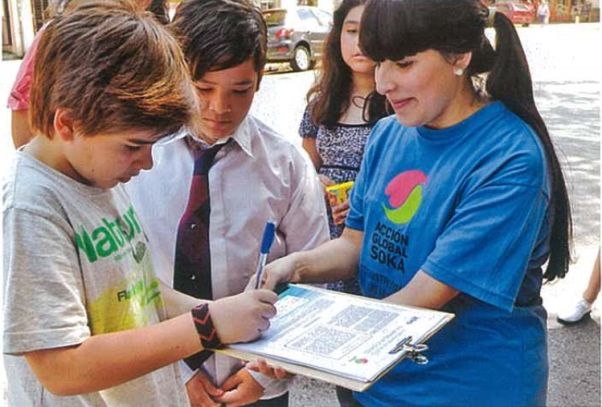 The Soka Gakkai and the SGI engage in activities to promote a culture of peace. Each local organization develops activities in line with its unique cultural context.

These proposals give impetus and direction to the organization’s grassroots efforts to tackle global problems and build a lasting culture of peace.

About the Soka Gakkai