The Constitution of the Soka Gakkai 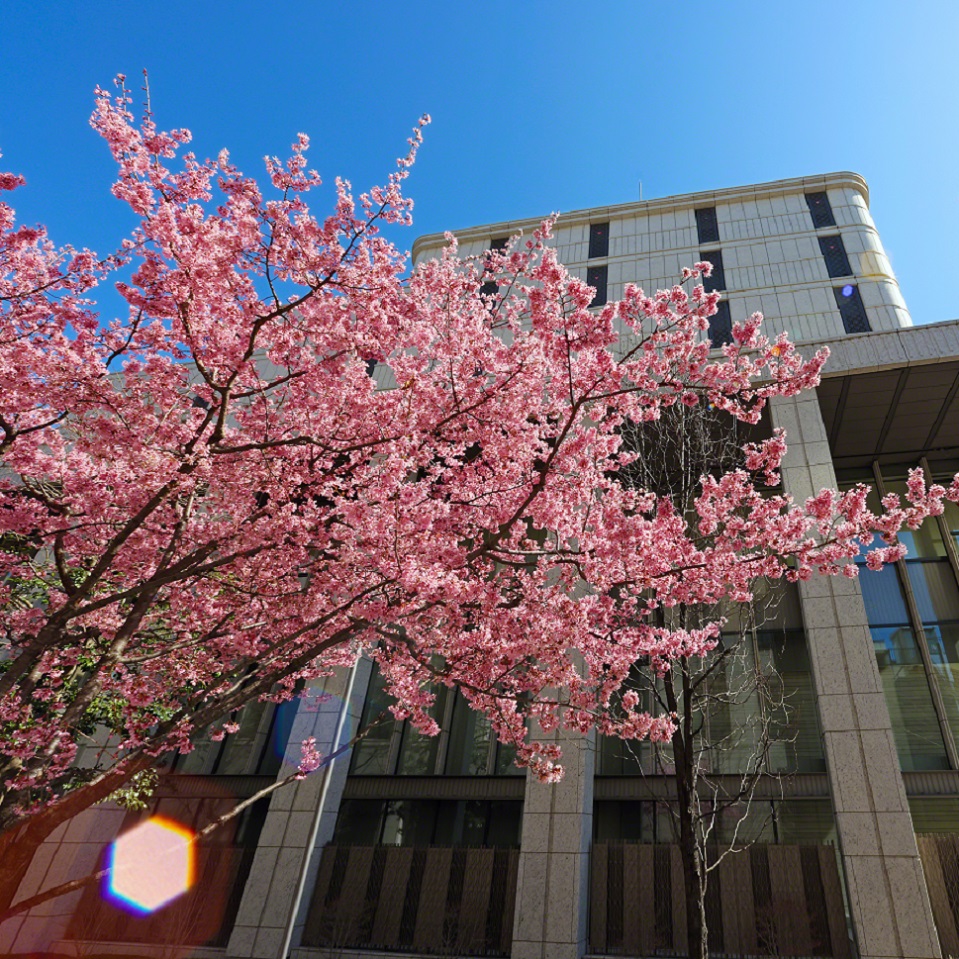 Buddhism was first expounded by Shakyamuni Buddha. The Lotus Sutra, the essence of Mahayana Buddhism, clearly illuminated the way for all living beings to attain enlightenment. Nichiren Daishonin, the Buddha of the Latter Day of the Law, revealed the fundamental Law that is the heart of that sutra as Nam-myoho-renge-kyo. He went on to establish the means for the enlightenment of all humankind into the eternal future by giving concrete expression to Nam-myoho-renge-kyo as the Three Great Secret Laws. He also called for the realization of worldwide kosen-rufu.

The Soka Gakkai was founded on November 18, 1930, by Tsunesaburo Makiguchi and Josei Toda, his disciple with whom he shared a complete unity of purpose. They served as the organization’s first and second presidents, respectively. The Soka Gakkai is a religious organization fulfilling the unique mission of actualizing the Daishonin’s call for worldwide kosen-rufu, in exact accord with his teachings. It is the sole organization that embodies the vast compassion of Nichiren Daishonin and is spreading the Law amidst the challenging realities of life in the Latter Day of the Law. It was for this reason that Toda Sensei declared that it would be recorded as “Soka Gakkai Buddha” in the Buddhist scriptures of future ages.

Through a profound karmic connection, Makiguchi Sensei started to practice Nichiren Buddhism. He came to see it as a guiding principle for daily life and a source of value creation. Together with Toda Sensei, he began to actively propagate Nichiren Buddhism in order to achieve kosen-rufu. During World War II, Makiguchi Sensei remonstrated with the militarist government that had implemented a policy of compulsory worship of State Shinto. As a result, he was persecuted and imprisoned by the authorities, and ultimately died in prison. By laying down his life for his beliefs, Makiguchi Sensei left for future generations an example of the spirit of selfless dedication to propagating the Law.

Toda Sensei was imprisoned along with his mentor and, while in prison, awakened to the truth that the Buddha is life itself and realized his identity as a Bodhisattva of the Earth. After the war’s end, he set to work on rebuilding the Soka Gakkai. Propounding the principle of human revolution, he began the task of reviving and renewing the significance of Nichiren Buddhism in the contemporary world based on his understanding of the true nature of life. When he was inaugurated as the second Soka Gakkai president, he vowed that the Soka Gakkai would without fail accomplish kosen-rufu. He initiated that effort by enshrining at the Soka Gakkai Headquarters, as “the banner of propagation of the Lotus Sutra,” the gohonzon (object of devotion) bearing the inscriptions “For the Fulfillment of the Great Vow for Kosen-rufu through the Compassionate Propagation of the Great Law” and “To be enshrined permanently within the Soka Gakkai.” Achieving his lifetime goal of 750,000 member households, he established the foundation for kosen-rufu in Japan.

Third Soka Gakkai president, Daisaku Ikeda, declared his intent to take the leadership in kosen-rufu as a disciple fully sharing the spirit of Toda Sensei and initiated a dynamic new phase in the development of the organization.

In Japan, Ikeda Sensei achieved unprecedented growth in terms of propagation and membership, building a new popular force comprised of individuals awakened to their mission for kosen-rufu. He also realized all the plans and visions set out by Makiguchi Sensei and Toda Sensei, creating a wide-ranging and multifaceted movement for peace, culture, and education based on the principles of Nichiren Buddhism. Through undertaking pioneering initiatives in diverse spheres, he has established the Soka philosophy of value creation as a leading presence in society and the era, thus making kosen-rufu a tangible reality.

Immediately following his inauguration, Ikeda Sensei began to travel the globe, sowing the seeds of the Mystic Law, fostering capable individuals, and building the foundations for worldwide kosen-rufu. On January 26, 1975, he established the Soka Gakkai International (SGI) as an international association of the Soka Gakkai, comprising constituent organizations in countries and territories across the globe. At the same time, he began engaging in dialogues based on Buddhism with leading world thinkers, delivering addresses at renowned universities, and authoring peace proposals, all in the effort to pursue a universal philosophy of humanism and build a network of people of good will committed to peace. Ikeda Sensei’s achievements in opening the great path of worldwide kosen-rufu are without precedent in the history of Buddhism.

The three founding presidents of the Soka Gakkai—Makiguchi Sensei, Toda Sensei, and Ikeda Sensei—are the eternal mentors of kosen-rufu, having appeared in this world with the mission to realize the Daishonin’s call for worldwide kosen-rufu. The spirit of oneness of mentor and disciple and the practice of selfless dedication to propagating the Law demonstrated by the founding presidents represent the “Gakkai spirit” and serve as a timeless model for all Soka Gakkai members. The Soka Gakkai, originating in Japan and now encompassing the entire world, embodies this spirit in every endeavor.

On November 5, 2013, Ikeda Sensei presided over the enshrinement of the Kosen-rufu Gohonzon at the official opening of the Hall and offered prayers for the realization of the great vow for worldwide kosen-rufu throughout eternity in the Latter Day of the Law. In this way, he offered a model and example to his disciples worldwide of making a profound pledge to propagate the Mystic Law globally and into the eternal future.

Members from throughout the world, regardless of differences of nationality, gender, or age, gather in the Hall of the Great Vow for Kosen-rufu and—uniting in spirit with the three founding presidents, eternal mentors of kosen-rufu—pray for the happiness and prosperity of humankind, for world peace, and for their personal human revolution, pledging together to advance worldwide kosen-rufu.

Ikeda Sensei has expressed the identity and mission of the Soka Gakkai in a calligraphy as “Nichiren Sekai-shu Soka Gakkai” (Nichiren World Religion Soka Gakkai), indicating that the Soka Gakkai is the organization carrying out the Buddha’s intent and decree, fulfilling the unique mission of widely propagating Nichiren Buddhism throughout the world.

Looking to the future of worldwide kosen-rufu into the twenty-third century, Ikeda Sensei shared his grand vision of establishing Shinanomachi as the Soka Gakkai’s global headquarters and entrusted its realization to his disciples throughout the world, under the leadership of each successive president.

Honoring the three founding presidents as the eternal mentors of kosen-rufu, the Soka Gakkai is committed to fulfilling the great vow for worldwide kosen-rufu with faith that manifests the spirit of “many in body, one in mind,” and in accord with the global, future-oriented vision that Ikeda Sensei has set forth.

Article 1: Name of the Religious Organization

This Religious Organization shall be called the “Soka Gakkai.”

This Organization shall look to Nichiren Daishonin as the Buddha of the Latter Day of the Law. It shall embrace with faith the Three Great Secret Laws embodying the fundamental law of Nam-myoho-renge-kyo, chant daimoku to the gohonzon as the practice for oneself and others, and base itself on Nichiren Daishonin’s writings. It shall strive to support the attainment of the human revolution of each individual and to realize, as its ultimate goal, worldwide kosen-rufu, the propagation of Nichiren Daishonin’s Buddhism, thus fulfilling the Daishonin’s mandate.

This Organization shall have as its objective the propagation of Nichiren Daishonin’s Buddhism throughout the world, expounding its teachings, conducting ceremonies and functions. Based on the true meaning of the teachings of Nichiren Daishonin, it shall strive to deepen and establish the faith of its members, aiming to support the attainment of the human revolution of each individual, and to contribute fundamentally to the realization of world peace and the cultural flourishing of humankind.

Article 7: The Hall of the Great Vow for Kosen-rufu

This Organization may have an Honorary President pursuant to the provisions of the Rules of the Soka Gakkai.

This Constitution shall be the fundamental principles and the supreme governing rules of this Organization, and shall take precedence over all other rules.

(Effective Date)
This Constitution shall come into effect as of November 18, 2017.