History of the Soka Gakkai 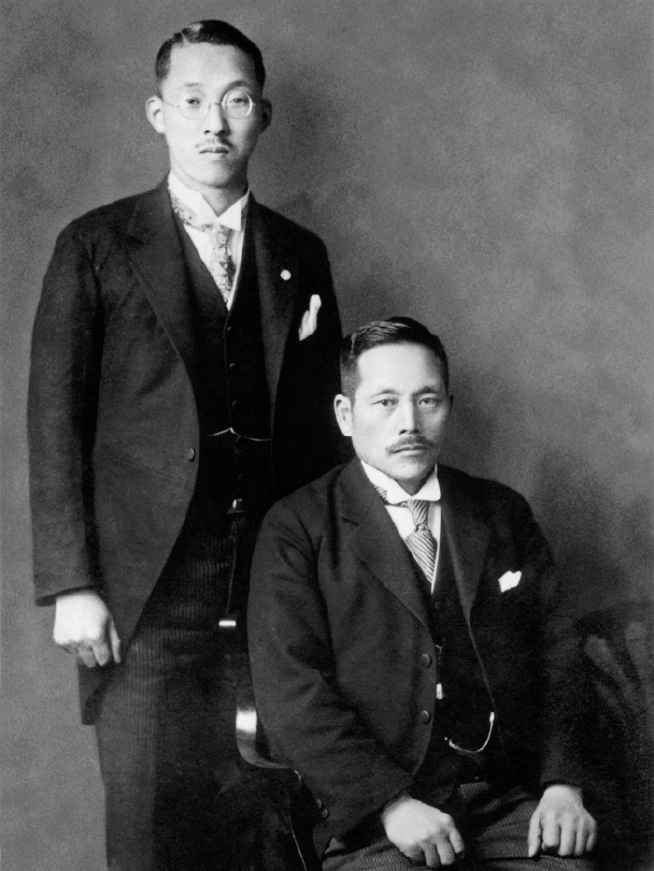 Tsunesaburo Makiguchi (seated) and Josei Toda
The Soka Gakkai began as an organization of reformist Japanese educators inspired by the philosophy of Nichiren Buddhism. Its founder and first president, Tsunesaburo Makiguchi (1871–1944), was driven by a passion to enable people to lead fulfilled and happy lives. During World War II, he was imprisoned with his protégé, Josei Toda (1900–58), by the Japanese militarist government for opposing its policies. Makiguchi died in prison from malnutrition and old age, while Toda emerged to rebuild the Soka Gakkai as a Buddhist movement to empower people suffering in the aftermath of the war. Daisaku Ikeda (1928– ) inherited Toda’s vision, going on to develop the organization into a multifaceted movement for peace, culture and education with members around the world.
1930 ~ 1937