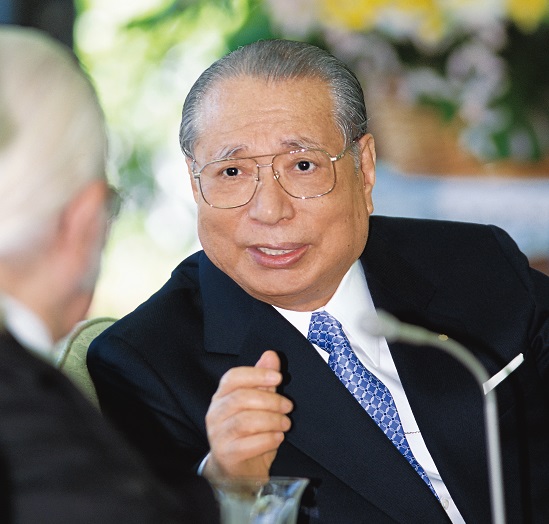 Ikeda was born in Tokyo, Japan, on January 2, 1928, the fifth of eight children, to a family of seaweed farmers. The devastation and senseless horror he witnessed as a teenager during World War II gave birth to a lifelong passion to work for peace.

In 1947, at the age of 19, he met Josei Toda (1900–58), educator and leader of the Soka Gakkai. Ikeda found in Toda an open and unaffected person, a man of unshakable conviction with a gift for explaining profound Buddhist concepts in logical, accessible terms. He was inspired to embrace the practice of Nichiren Buddhism and took Toda as his mentor in life.

Ikeda later found employment at a company run by Toda, and completed his education under Toda’s tutelage. 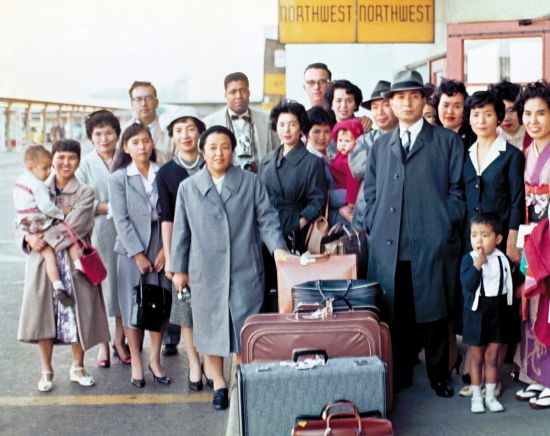 In May 1960, two years after Toda’s death, Ikeda, then 32, succeeded him as the third president of the Soka Gakkai. Under his leadership, the organization began an era of innovation and expansion, becoming actively engaged in cultural and educational endeavors worldwide. Ikeda has dedicated himself to fulfilling Toda’s dreams by developing initiatives in the areas of peace, culture and education based on Buddhist ideals.

In 1975, the Soka Gakkai International (SGI) was established as a global association of independent Soka Gakkai organizations around the world, and Ikeda became it’s president.

Ikeda is the founder of the Soka (value-creation) school system, which puts into practice the educational approach formulated by Tsunesaburo Makiguchi, first Soka Gakkai president, and Josei Toda. It is a nondenominational school system based on an ideal of fostering each student’s unique creative potential and cultivating an ethic of peace, social contribution and global consciousness. The school system runs from kindergarten through graduate study and includes a university in Tokyo, Japan, and another in California, USA.

Dialogue: The Foundation of Peace

As a staunch proponent of dialogue as the foundation of peace, Ikeda has pursued dialogue with numerous leaders, scholars and individuals around the world in fields related to peace, culture and education. In furtherance of his vision of fostering dialogue and solidarity for peace, he has founded a number of independent, nonprofit research institutes that develop cross-cultural, interdisciplinary collaboration on diverse issues. The Min-On Concert Association and the Tokyo Fuji Art Museum promote mutual understanding and friendship between different cultures through the arts.

The central tenet of Ikeda’s thought, and of Buddhism, is the fundamental dignity of life, a value which he sees as the key to lasting peace and human happiness. In his view, global peace relies ultimately on a self-directed transformation within the life of the individual, rather than on societal or structural reforms alone. This idea is expressed most succinctly in a passage in his work, The Human Revolution, Ikeda’s novelized account of the Soka Gakkai’s history and ideals: “A great human revolution in just a single individual will help achieve a change in the destiny of a nation and, further, will enable a change in the destiny of all humankind.”

Read more on the Daisaku Ikeda Website, where you can watch a series of videos introducing Ikeda’s dialogues with notable figures including Rosa Parks and Mikhail Gorbachev in the “Dialogue Partners” section of the video page.