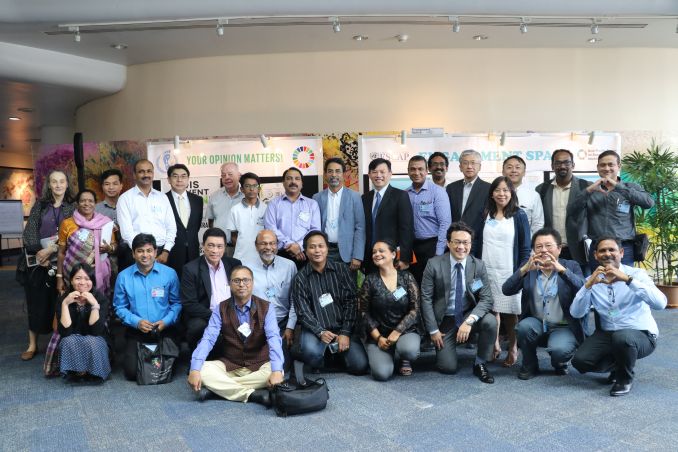 How did the Asia Pacific Faith-Based Coalition (APFC) come about?

Following the adoption of the Sustainable Development Goals (SDGs) in 2015, the SGI joined key faith-based organizations (FBOs) working in the Asia-Pacific region to initiate discussions on how to provide greater impetus to the voices of faith communities in regional development discourses, such as those around the promotion of the SDGs and disaster risk reduction.

Out of these discussions, ACT Alliance, Arigatou International-GNRC, Islamic Relief Worldwide, the SGI and World Vision International came together at a side event during the Fifth Asia-Pacific Forum on Sustainable Development in Bangkok, Thailand, in March 2018 to launch the APFC.

Why is it important to amplify the voices of faith groups and communities, and how will the coalition do this?

The Asia-Pacific region is highly vulnerable to natural disasters and the impacts of climate change. And even though it is one of the most religiously diverse regions in the world, the role of FBOs and local faith communities in humanitarian and development work has not been widely considered in the region.

The APFC aims to facilitate discussion on this topic by organizing events at international conferences. These events will highlight the contributions of FBOs, such as the fact that they are often first to respond in times of crisis, and emphasize how engagement with faith communities and interfaith cooperation can complement the work of other agencies and sectors, enabling more holistic responses.

APFC member organizations already have strong grassroots networks in local communities across the region. The APFC aims to utilize these connections to initiate joint projects on issues such as climate change and gender equality. Two of the coalition’s key members—World Vision International and Islamic Relief Worldwide—are already collaborating on approaches to child protection in the Philippines.

Another goal is to encourage faith sectors to engage in activities aimed at achieving the SDGs. Through such projects, the APFC hopes that other stakeholders will recognize the importance of involving faith groups and feel positive about collaborating with them.

What steps has the coalition already taken toward bringing secular and faith-based organizations together? 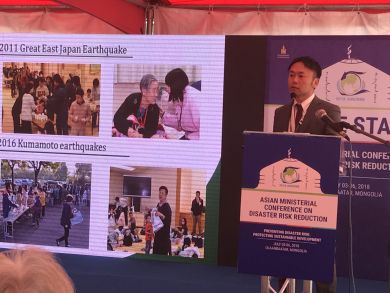 Nobuyuki Asai speaking at the AMCDRR official side event in Ulaanbaatar

In July 2018, government ministers and heads of national delegations gathered at the Asian Ministerial Conference on Disaster Risk Reduction in Ulaanbaatar (AMCDRR), Mongolia. The APFC organized an official side event and submitted a joint statement stressing the need for greater engagement with local faith groups in disaster preparedness.

In August 2018, the APFC held a unique roundtable in Tokyo, Japan, bringing together officials from the Ministry of Foreign Affairs of Japan, UN agencies, secular NGOs and academics. For many of the participants, this was their first time discussing how to collaborate with faith groups, and they expressed their desire to continue the discourse.

The coalition is also hoping to organize similar workshops elsewhere in the Asia-Pacific region where local faith leaders and secular entities can deepen their understanding of each other and, ideally, create a regular consortium to facilitate further exchange.

The APFC looks forward to strengthening connections with other agencies involved in development and humanitarian work in the region and strongly believes that greater collaboration will lead to increased mutual understanding and more effective contributions to local communities.