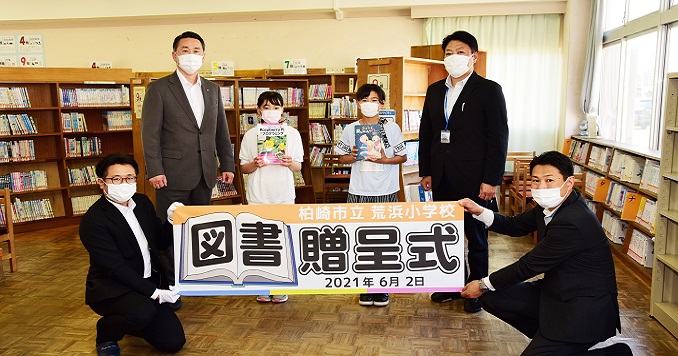 To commemorate the 150th anniversary of the birth of first Soka Gakkai President Tsunesaburo Makiguchi on June 9, the Soka Gakkai in Japan donated a total of 900 books to three elementary schools in Kashiwazaki City, Niigata Prefecture, between June 2 and 4. Today, Kashiwazaki City encompasses the village of Arahama where Makiguchi was born. Over the next five years, additional books will be donated each year. One of the three schools was Arahama Elementary School, which President Makiguchi attended as a child. On June 5, the Soka Gakkai Education Department in Japan hosted an online commemorative lecture at the Kashiwazaki Makiguchi Memorial Center, titled "From Educational Practice to Philosophy of Value." Professor Takao Ito of Soka University described how President Makiguchi’s educational practices focused on fostering autonomous learners in a collaborative environment.