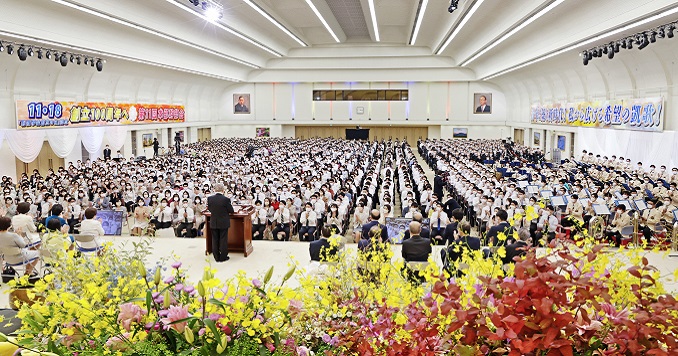 On November 12, the 11th Headquarters Leaders Meeting of the decade toward 2030, the Soka Gakkai’s centennial, was held in Tokyo, Japan, commemorating November 18, Soka Gakkai Founding Day. Soka Gakkai President Minoru Harada stated that in 2023, under its theme “Year of Youth and Triumph,” the Soka Gakkai is committed to treasuring human connections and expanding friendship. Mr. Harada also presented an architectural drawing and gave an overview of the Kansai Ikeda Grand Auditorium (tentative translation), which will be built in Osaka and is slated to be completed in the fall of 2026. The Soka Gakkai will continue to engage in activities to promote the culture of peace and the Sustainable Development Goals, working toward the resolution of global issues.