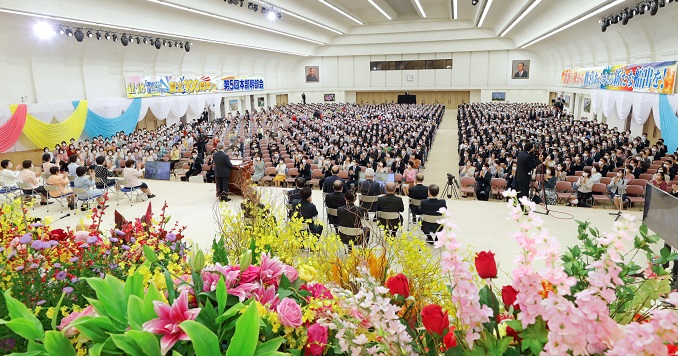 On November 18, the Fifth Soka Gakkai Headquarters Leaders Meeting of the decade toward 2030 was held at the Tokyo Toda Memorial Auditorium in Sugamo, Japan. The meeting celebrated the release of the new edition of the Japanese language Gosho Zenshu (The Complete Works of Nichiren Daishonin), which includes 32 writings of Nichiren discovered after the publication of the previous edition. President Daisaku Ikeda contributed the foreword to the new edition. The meeting also celebrated the launch of the new Women’s Division in Japan, which merges the women’s and young women’s divisions. President Ikeda sent a congratulatory message, commending all members around the world for their efforts. The Soka Gakkai theme for 2022 has also been announced as the “Year of Youth and Dynamic Progress.”