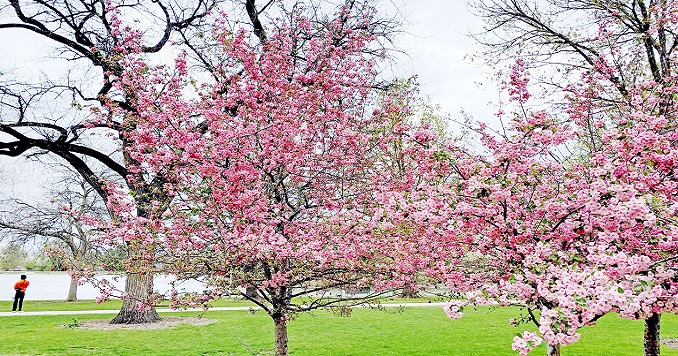 On June 12, in recognition of an initiative led by SGI-USA to plant cherry trees, commemorative plaques were unveiled in three parks (City Park, Washington Park and Jacobs Park) in Denver, Colorado. The initiative began in 1989 and has resulted in the planting of 2,300 trees. A ceremony marking the unveilings was held in City Park and was attended by Deputy Mayor Murphy Robinson. The history of this tradition of planting cherry trees is inscribed on the plaques along with a poem by President Daisaku Ikeda.