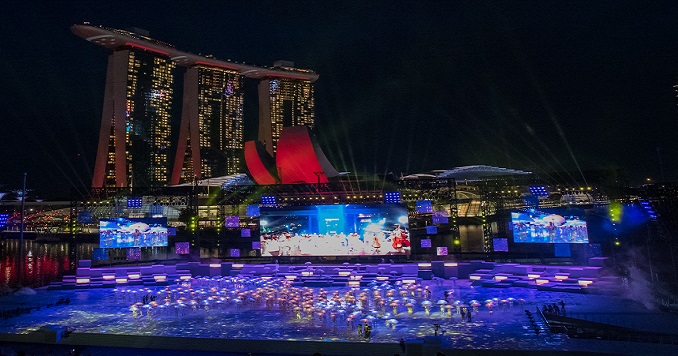 On August 21, some 300 Singapore Soka Association (SSA) members performed in the National Day Parade (NDP) 2021, held at the Marina Bay floating platform to commemorate the 56th anniversary of Singapore’s independence. The NDP was broadcast live by major TV channels and attended by President Halimah Yacob, Prime Minister Lee Hsien Loong and medical workers. SSA was selected by the organizing committee as the only group to perform live on the theme "The Challenges We Face," a testament to its ongoing social contribution activities such as supporting the elderly during the pandemic. Since 1981, SSA members have performed in the NDP 36 times.