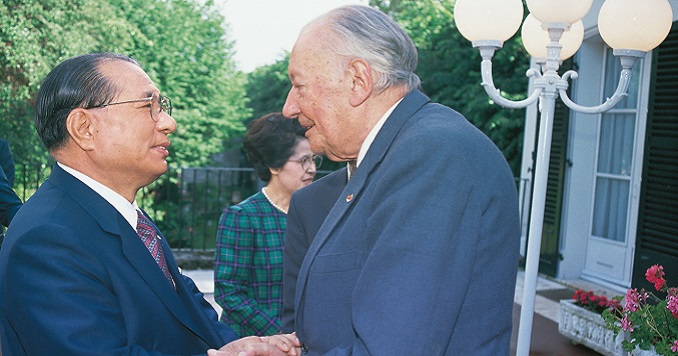 A video about President Daisaku Ikeda’s friendship with French art historian René Huyghe is now available on the Daisaku Ikeda website as part of a series of videos introducing Ikeda’s dialogues with notable figures around the world. Other videos in the series include those describing his relationship with Rosa Parks, mother of the American civil rights movement, Mikhail Gorbachev, former president of the Soviet Union, and two-time Nobel laureate Linus Pauling. The series commemorates the 60th anniversary of Ikeda’s inauguration as third president of the Soka Gakkai in 2020. The next video will feature Ikeda’s friendship and dialogues with Brazilian writer, journalist and human rights activist Austregésilo de Athayde.