A More Than Average Life 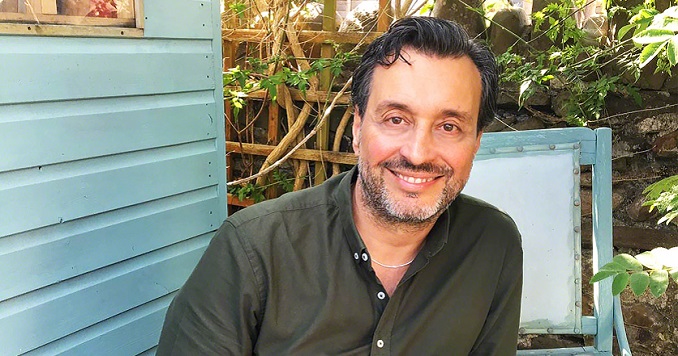 For Antwn Owen-Hicks, of the band Carreg Lafar, a life at the forefront of the Welsh traditional music scene began unexpectedly with an encounter with Buddhism.

“Mr. Average at everything”—this is how I viewed myself before I started practicing Nichiren Buddhism. I was an angry young man, angry about injustice. I was also unhappy and negative, mainly about myself and my lack of skills.

I met Nichiren Buddhism in 1989 after being introduced to Simon, who invited me to an SGI-UK meeting. I was 23 and had just returned to my hometown in South Wales after getting my art degree in London. I had little knowledge of Buddhism, and the chanting seemed a bit strange. But, by the end of the meeting, I found myself smiling irrepressibly. I couldn’t explain why, but I felt immense happiness emerge from me. I wanted to learn more and joined the practice shortly after.

Only you can write the script of your life . . . You write the story of your own life, and you are its star player.

In Wales, we have our own distinct language called “Cymraeg,” a Celtic language. After Wales was incorporated into the Kingdom of England in the 16th century, the Welsh language was considered by the English to be inferior and was stigmatized. My great-grandmother was the last Welsh speaker in my family, and the language had been lost in my family by the time I grew up. As a result, I didn’t feel particularly Welsh, and I had no real personal relationship with the culture.

All of this changed after I lived in London. Coming from a small town, I couldn’t feel at home in London’s big city. I wanted to learn more about where I came from, and gradually my interest shifted from punk rock to the folk music, culture and language of my native Wales.

Then, as my Buddhist practice progressed, I began to see that the Soka Gakkai’s emphasis on activities that promote peace, culture and education went hand-in-hand with my growing passion for Welsh culture. It was like pieces of a puzzle coming together; I decided to make a determination to contribute to the development of Welsh culture.

Around the time I met Simon, I also met James, another Soka Gakkai member. All three of us were interested in folk music, so we decided to form a band to perform at local Buddhist activities. 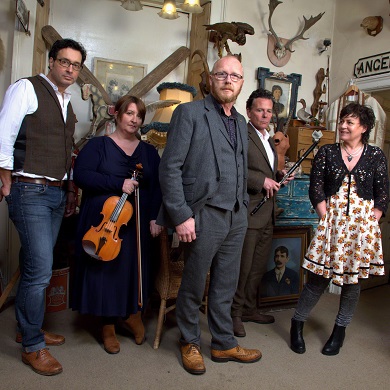 A turning point came in 1991, when I had the opportunity to perform a traditional Welsh folk song at a national SGI-UK youth activity. The response was totally unexpected and overwhelming. The following year, SGI-UK held its general meeting at the famous London Palladium, and I was able to perform the song again. Sitting in the audience was my future wife, Linda.

Sometime after, the band Carreg Lafar, meaning Echo Stone, was born. We chose the name based on the idea that tradition is “speaking” to us, like an echo from the past. Linda, who spoke Welsh, became the vocalist. We also welcomed a fiddle player, Rhian, and our band made a fresh departure.

In the meantime, I took on youth leadership roles in SGI-UK and was active in behind-the-scenes support for local- and national-level meetings throughout the UK.

In 1994, our band performed at the SGI-UK General Meeting, which was attended by President Daisaku Ikeda who was visiting the UK at the time. Before this event, we recorded a demo and decided to send it to a Welsh record company. To my astonishment, they asked if we’d like to record an album. Our driving force as a band was always to connect people, to move people regardless of the language we are singing in. It was a moment that our passion manifested as a tangible result.

We released our first album in 1996. That year, we further expanded our activities when we performed for the first time at the Festival Interceltique de Lorient in Brittany, France. This is the largest celebration of Celtic culture in the world. For ten days in August each year, people gather here to perform music and dance. About 70,000 people visit each day. Linda was eight months pregnant at the time, and a month later, our beautiful daughter Seren was born.

The Year of Wales

Seren was born with double talipes and needed major operations on both ankles to enable her to walk. It was a huge challenge for us all over her first two years.

As for myself and Linda, we were traveling with the band for international tours while chanting for a new full-time job. The Arts Council of Wales (an organization dedicated to promoting arts and culture) advertised a brand-new post, and although I had little experience, I applied. I chanted and prepared more for that interview than I had done for any other job before. I got the job as a full-time employee and started working there in 1998.

In 2008, the theme for the Festival Interceltique de Lorient was “The Year of Wales.” The person who had been leading the Welsh delegation up to that time suddenly decided to step down, and I was requested to take his place. Very quickly, I became responsible for leading this massive activity, with only five months to plan!

All of the invaluable experience I had received in planning and supporting SGI-UK youth activities came in to play. This was the culmination of everything I had been doing until then. My dedicated Soka Gakkai activities and Buddhist practice since my 20s, my band work and interest in Welsh culture—all came together in this festival.

I’ve been the Welsh delegate leader since then, organizing and preparing for the event behind the scenes. At the Arts Council of Wales, I’ve become a person with knowledge and experience of the Welsh folk music scene, supporting new developments and activities. One important aspect of this includes supporting younger generations. Today, more young people are interested in folk music than ever.

In 2019, I was involved in helping to create the first Wales Folk Awards in partnership with BBC Radio Wales and Radio Cymru, the national Welsh-speaking radio station. The creation of an award specific to Welsh folk music was a milestone moment.

President Ikeda tells us that “only you can write the script of your life . . . You write the story of your own life, and you are its star player.” When I started practicing Buddhism 30 years ago, hoping to overcome being “Mr. Average,” I would have never imagined myself enacting this drama of life. I aim to continue to work for the development of my beloved native Wales in support of the Soka Gakkai’s mission to promote peace, culture and education.

Adapted from an article in the March 8, 2021, issue of the Seikyo Shimbun, Soka Gakkai, Japan.