Opening My Career Path Through Courage 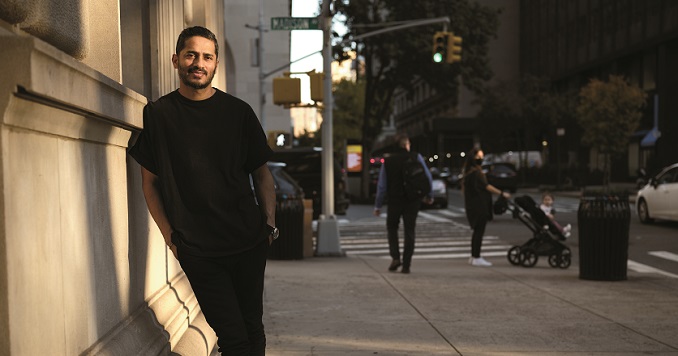 After being introduced to Buddhism, Mayur Gupta decided to challenge himself to achieve something remarkable in his marketing career.

My wife, Savera, introduced me to the Soka Gakkai in 2006. She had such a strong sense of purpose that it made me realize how much my life lacked focus. I had received a Master’s degree, landed a good job in India and eventually moved to the United States through that job. Even though I was doing well at work, I did not have big dreams or a mission in life. My daily life was comfortable, which led to a fear of branching out and trying new things.

I joined the Soka Gakkai and actively participated in activities. I also began studying President Daisaku Ikeda’s writings. I saw President Ikeda as someone who had shown undeniable proof of the effectiveness of this Buddhist practice, and inspired by that, I wanted to show undeniable proof as well. He gave me the courage to fight for the unimaginable.

I did not have big dreams or a mission in life. My daily life was comfortable, which led to a fear of branching out and trying new things.

A few years ago, I began chanting to experience and show undeniable actual proof of my practice while making great contributions to the world. An unimaginable goal came to mind: To become one of the leading chief executives in the country. I felt this goal would be the perfect GPS for my life. It would allow me to prove that when you put Buddhist values into practice, you accomplish the unthinkable in every aspect of your life.

In 2019, I was hired as a chief marketing officer (CMO) of a food tech and delivery company, which took us from Chicago to New York City. This was followed by a series of other victories. I was appointed as an independent board member for the largest news publication company in the country, and our daughters got into their dream school. Then, to my astonishment, I was named one of Forbes magazine’s 50 game-changing marketing leaders in 2019.

The year 2020 was a rollercoaster professionally. Despite being one of the top performing executives on the management team, I felt the company’s values were diverting from mine. At the beginning of that year, I was mentally tired and emotionally drained. Then, the COVID-19 pandemic struck. I harbored doubts about my own potential and was gripped with fear of losing my job.

On April 24, I was asked to part ways with the company. I knew deep inside that I had won by staying true to my beliefs and values despite the looming uncertainty for me and my family. When my wife and I shared the news with our daughters, who were 10 and 6, we all hugged each other with joy, laughter and a strong determination to transform poison into medicine. We chanted as a family to kick off what was going to be the hardest professional battle of my career.

The more I chanted, the more I felt appreciation and a fierce conviction that I would win no matter what. I cannot tell you how many times in a given day I would swing from one side to the other.

The excitement soon gave way to a constant tug of war between my inner negativity and Buddhahood. I challenged my anxiety, fear and doubt with vigorous, determined chanting. The more I chanted, the more I felt appreciation and a fierce conviction that I would win no matter what. I cannot tell you how many times in a given day I would swing from one side to the other. But I never went to bed giving up.

I threw myself into Soka Gakkai activities and encouraging the members as the men’s leader in my area. Every time my doubts crept in, I went back to chanting. I placed a card on my Buddhist altar where I listed everything I had gratitude for and read it every day. I proudly told the members about my struggles because I wanted everyone to see how one could struggle joyfully with this practice. And I knew that this would make my eventual victory all the more encouraging for everyone.

I studied one piece of President Ikeda’s guidance where he writes: “Josei Toda often used to remark: ‘When it comes to battling serious karma and doing our human revolution, huge obstacles and hardships can in fact serve as a powerful impetus, propelling us forward. Just ambling along a level road won’t help us change our karma.’ The greater the difficulties and challenges we encounter, the greater the life state we can develop.”

I desperately wanted to win for my family, my fellow members and my mentor, President Ikeda.

After eight rounds of interviews for a CMO position at a Fortune 500 company, I reached the final round only to be passed up for the role. Two weeks later, another company offered me a position as CMO, however, out of nowhere, they decided to not move forward with the offer. I felt dejected. But by going back to Buddhist study, I was able to strengthen my resolve and not give up hope.

Then, something beyond my imagination transpired. I was approached by the largest news company in the US to join them as their chief marketing and strategy officer. This was not even in my plans since the company already had a president who brought stronger experience and skills than mine.

On September 8, 2020, I started my new role, being responsible for establishing an authentic cultural brand that stands up for unbiased journalism with a mission to help build local communities in which people and local businesses can thrive. Also, a month later, on October 1, I was ranked No. 14 on Forbes magazine’s list of the world’s most influential CMOs.

One of the greatest lessons I’ve learned through this journey is how to identify and not be defeated by negative influences in my environment and in my own heart. I can now clearly see my own negative tendencies as a professional that I need to transform. The greatest joy for me, however, is the way we united as a family with joy and appreciation to battle through this challenging time in my life. This is what will stay in my heart forever.

Adapted from the January 2021 issue of Living Buddhism, SGI-USA