Becoming a Protector of the Amazon Rainforest 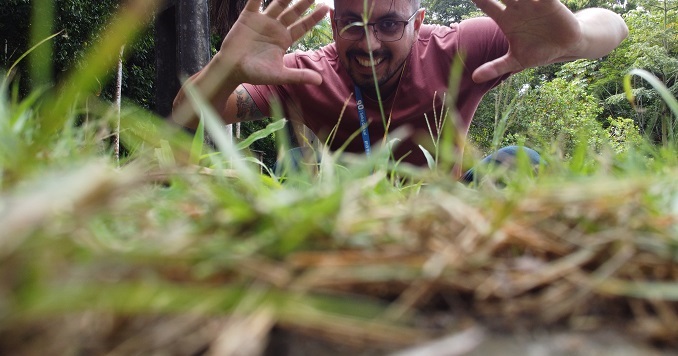 From an early age, Rodrigo Yuiti Izumi from Brazil decided that he would be a defender of the forest and work for its preservation. Today, he is fulfilling his dream at the Soka Institute of the Amazon in Manaus, Brazil.

When I was 17, I moved to Japan from Brazil with my family. Living in Japan was an eye-opening experience. I threw myself into my Buddhist practice with a determination to show the positive difference that it could make in my life, and I experienced deep changes in my outlook.

I realized that, to fulfil my dream, I needed something more than just effort and knowledge. It was faith.

The year 2008, when I was 20, was a turning point for me. Reading President Daisaku Ikeda‘s peace proposals, I felt I had discovered my path in life. In one proposal, he discusses the need for grassroots environmental action and talks about the work of the Soka Institute of the Amazon, which he founded and was established by Brazil-SGI (BSGI) to carry out conservation research and undertake reforestation efforts. I began to dream of working at the institute. The first step, I decided, would be to return to Brazil and attend university.

My goal was to pursue environmental engineering. Returning to Brazil, though, was a decision that involved many challenges, the main one being financial. I knew I would need to save up a considerable amount of money.

I did some calculations, approached the construction company I worked for and asked for a pay raise.

Nichiren Buddhism teaches that when we strive to make great advances, we are bound to encounter resistance and obstacles. True to these words, many obstacles arose—I was involved in a car accident, the financial crisis erupted, I injured my shoulders at work and there was an issue with my raise and contract renewal. My contract was now only valid for one month. I had failed to realize this owing to my inability to read and understand the contract terms in Japanese. I was now unemployed and unable to find another job because of my injury. All the money I had saved up to that point was spent on repairing the car and on medical expenses.

In the midst of all of this, I stuck to my determination and did my best to apply the teachings of Nichiren Buddhism and President Ikeda’s guidance. I gave my utmost to everything I did, and when negative thoughts and feelings of defeat rose up in me, I confronted and overcame them.

Several months later, I was found to be not liable for the collision and received back the full amount I had spent on the repairs. The following month, after a long struggle, the company I worked for acknowledged their mistake with my contract. They refunded my medical expenses and paid me for the months I was unable to work due to my injury. At last, I had won.

I moved back to Brazil, and, on January 8, 2009, was scheduled to take the first phase of my university entrance exam. Due to a change in schedule, I had to rely on a friend for a ride to the exam location. On top of being delayed, we got lost and got into a minor car accident. Fortunately, the driver of the other car was a father who was taking his son to the exam and knew the way. We arrived with just a few minutes left to spare before the exam venue closed its doors.

Although scared, nervous, hungry and dehydrated, I wrote and passed the exam! Just as Nichiren says, “Winter always turns to spring.”

The six years I spent on the environmental engineering course at university were just as challenging as the time prior to getting into the program. Obstacles came up one after another, but I was determined to face whatever happened with courage.

To join the team at the Soka Institute of the Amazon I knew I would need to have at least a doctoral degree. I applied for a program specializing in the Amazon biome but was unable to pass the entrance exams despite my best efforts. Doubt and insecurities consumed me. I saw that my doubts and confusion were also affecting people around me in my local Soka Gakkai organization.

While chanting about and reflecting on my situation, I realized that, to fulfil my dream, I needed something more than just effort and knowledge. It was faith.

Looking back, arriving at this point was not by chance. I believe that each of us as human beings has the innate potential to realize our dreams and that by taking courageous action and not giving up, we can unfold that potential and reach our goals. 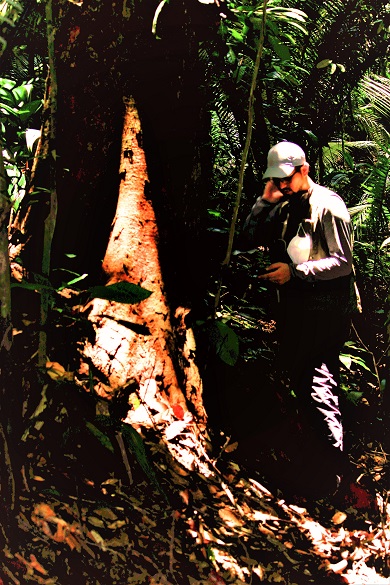 Registering this Angelim, a canopy tree, and then collecting its seeds to grow in the institute’s nursery, eventually to be used for reforestation [© Juan Pablo Tercero Cainã Arce]

Today, working in the environment which I had long dreamed of, I do my best to infuse my technical training with the Soka Gakkai spirit of never giving up in the face of challenges.

There is a saying which sums up the way I strive to live my life: “To do what I can is normal. To go beyond my capacities is a challenge. Where my capacities end, there begins my faith. A strong faith sees the invisible, believes the incredible and achieves the impossible.”