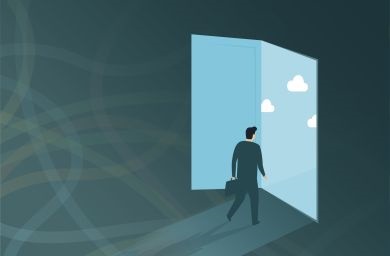 We all want to be happy. Whether we are conscious of it or not, almost everything we do is motivated by that desire. Yet, despite our best efforts and intentions, our actions and the ways in which we respond to situations can end up having the opposite effect.

This is easiest to observe in extreme circumstances—a conflict or misunderstanding, a destructive romantic entanglement or a gambling addiction. But the same dynamics play out over the course of a lifetime, often in less dramatic fashion, shaping the character and quality of our lives.

We respond in habitual ways to the events in our lives, often trying to avoid what is challenging or uncomfortable. And when difficulties arise, we may suffer from a sense of hopelessness or fear.

Perceiving the Reality of Our Lives

From a Buddhist perspective, it is the negative tendencies within our lives, such as egotism, greed and cowardice, which are the root of the problem. These distort our ability to clearly perceive our reality, causing us to respond to our environment and circumstances in ways that compromise our own happiness and lead us to become entrenched in negative patterns of behavior. Ultimately, all such tendencies can be traced to a lack of belief in the dignity and potential of our lives and the lives of all others.

When we are rooted in a sense of the expansiveness of our lives, we can face our circumstances squarely with confidence and an embracing spirit. This unleashes innate qualities of courage, wisdom and compassion, enabling us to steer the situation toward a more positive outcome. Wisdom enables us to choose the kinds of responses and courses of action that will lead to positive change, while courage gives us the ability to confront situations and persevere until we create a breakthrough. Compassion expands and deepens our motivation by making us aware of the suffering of others, including those involved with us in a challenging situation.

The negative cycle in which we exacerbate or perpetuate our suffering is defined in Buddhism as the “three paths of earthly desires, karma and suffering.” They are known as “paths” because one leads to the other. “Earthly desires” here indicates not simply cravings but all desires, impulses and delusions that arise in the absence of wisdom and thus lead to suffering. The desire to escape suffering drives our actions. But when that action is based on delusions about the true nature of life and reality, we may make unwise choices and further compound our problems. This is the negative cycle of deluded impulses, negative karma (action) and suffering.

In his writings, Nichiren describes how faith in the Lotus Sutra transforms the three paths of earthly desires, karma and suffering into the three virtues of the Buddha—the Dharma body (truth), wisdom and emancipation (freedom).

The Medicine of the Lotus Sutra

Nichiren perceived that among the Buddhist sutras, it is the Lotus Sutra that teaches that Buddha nature is inherent in the life of absolutely everyone, including those normally thought incapable of attaining Buddhahood. To this end, Nichiren quotes an influential third-century Buddhist text that states that “[the Lotus Sutra] is like a great physician who can change poison into medicine.” The Lotus Sutra teaches, in other words, that each of us already possesses the wisdom, courage and other qualities of the Buddha.

Changing poison into medicine begins when we face difficulties with the confidence that we have within us the full resources to overcome them.

In the context of our daily lives, the process of changing poison into medicine begins when we face difficulties with the confidence that we have within us the full resources to overcome them. Problems are problems precisely because we doubt our ability to surmount them, but when we confront challenging circumstances with faith in the unlimited potential of our innate Buddha nature, we change our life state and transform our deluded responses. This is what Nichiren refers to as the “Dharma body” in the positive cycle described above. From this confidence arises the wisdom to clearly perceive our circumstances and the courage to face and fight on in the midst of difficulties. In this way, we are able to concretely transform our circumstances and experience a growing sense of freedom (emancipation). Such experiences, in turn, reinforce our faith in our inherent Buddha nature.

As Daisaku Ikeda states, to change poison into medicine is “to transform even the greatest evil into the greatest good.” One does not simply return to zero as it were, but one actually gains from the experience that once seemed so poisonous. In the words of Nichiren, “Poison turns into sweet dew [amrita], the finest of all flavors.”

The Buddhist practice taught by Nichiren, centered on chanting Nam-myoho-renge-kyo, is, in one sense, the practice of affirming faith in our inherent Buddhahood. This faith makes it possible for us to turn difficult experiences into opportunities to deepen our self-understanding, to strengthen and develop our courage and compassion, to grow in vitality and wisdom and ultimately to realize a limitlessly expansive state of life.