A Window on the Future: President Tommy Remengesau on the Plight of the Pacific Islands 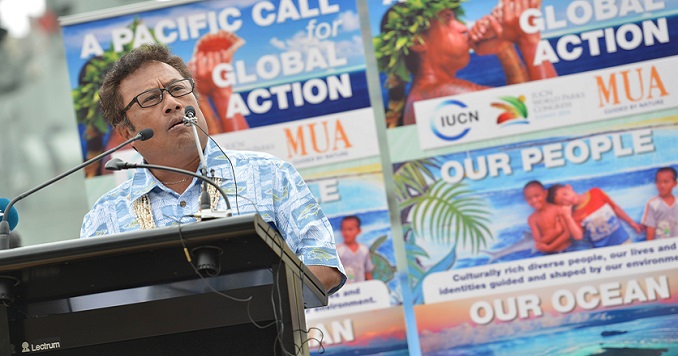 During his four terms as president of the Republic of Palau, which began in 2000, Tommy Remengesau became a voice for the plight of Pacific Islanders struggling against the devastating effects of climate change. He has been honored by the United Nations and other organizations for his contributions to environmental protection. In 2002, he met with President Daisaku Ikeda in Tokyo and held a dialogue on environmental and other global issues. On that occasion, he conferred the Presidential Honorary Award of Highest Recognition on Mr. Ikeda. The following is a shortened version of an interview conducted by Seikyo Shimbun, the Soka Gakkai’s daily newspaper, in February 2022.

Palau is about 3,000 kilometers south of Japan, between Guam and the Philippines, and consists of more than 200 islands of various sizes. It is a treasure trove of rich nature and marine life.

Palau is very blessed to have over 1,300 species of marine life. That includes many animals that are very rare and endangered, such as dugongs, species of whale that can only be seen around Palau, giant clams, the giant parrotfish and Napoleon wrasse. We are also home to species that have not yet been officially identified.

We believe you are a keen fisherman and have won the Micronesian fishing tournament.

People don’t truly understand the challenges we face . . . but we have to remind the bigger countries that this is a window onto what eventually will be a regular phenomenon.

As a fisherman, it’s always your dream to win a competition, because everybody claims to be a good fisherman! That’s the way of life on the island. When you are 1 percent land and 99 percent ocean, you have to learn how to fish. It’s part of our culture. Every young man and young woman learns how to fish and provide for the family and extended family. Sharing our catch is very important.

In Palau, one of the first things you have to learn as a kid is how to swim and not be afraid of the ocean, and to be respectful of the ocean and fish responsibly. I might also add that the most eligible bachelors have to have good fishing credentials!

Palau is an ocean paradise, but the effects of global warming are becoming more serious there. Could you describe the situation? 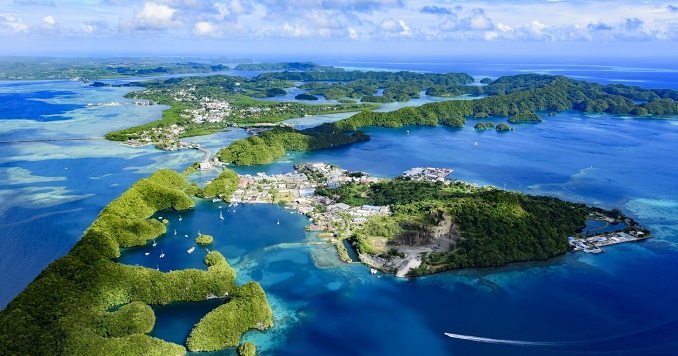 Just in my lifetime, I have seen the sea level rise significantly, to the point where families living near the shoreline have had to relocate inland because of the water coming into their yards. Rising sea levels are also destroying farmlands. Fish populations are dwindling because ocean acidification is killing the corals.

It’s very unfortunate that the small island countries like Palau are suffering the most from the impacts of climate change even though we don’t contribute to the problem.

There has also been an increase in the frequency of storms and typhoons. We used to be able to predict when to expect one or two storms, but not anymore. It’s really a sad situation we’re facing.

This is a challenge of survival for all Pacific Island nations. I know we’re small populations, so people don’t truly understand the challenges we face and the changes to our livelihoods, but we have to remind the bigger countries that this is a window onto what eventually will be a regular phenomenon, one that will threaten the safety and sustainability of humankind as a whole if we don’t take care of it right away.

We’re asking the world, and especially the industrialized countries, to please be more responsible. Your actions are affecting the survival of small island countries. This is not just about economic considerations; it should be also about what is the moral, right thing to do.

During your 16 years as president of the Republic of Palau, you made strong appeals for solidarity in the fight against climate change in the UN General Assembly and as leader of the Pacific nations at the COP climate change conferences. What was the driving force behind these appeals?

This is a survival issue—an issue of life and death. If we don’t address it, if we are not passionate about it, then what is the future of our children? There will be no future for the Pacific Islands; Palau is not going to be there. That’s the driving force, and why we ask that everybody be part of the solution. 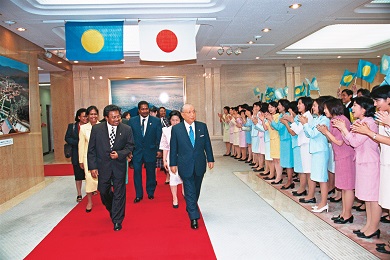 I was very appreciative when I met President Ikeda and realized that there are people around the world who share the same philosophy as us, which is that man and nature have to exist in harmony. We have to respect nature. We cannot just exploit it without thinking of the next generation. That is the foundation of what I believe, what the people of Palau believe, what President Ikeda and many responsible people believe. The key word here is respect. If we respect nature, then we will do the right things to make sure that everything is sustainable.

When you don’t have respect for others and for nature, and you’re just thinking about yourself, that’s where the problem comes. That’s where we start to see this accumulation of challenges, and problems that are not adequately addressed. That’s the situation that we face now.

Our culture instills in every Palauan that coming into life also entails the responsibility to protect what sustains your life. When I read the writings of President Ikeda, they are like what my ancestors have tried over the years to instill in young people. People and nature have to coexist. We cannot be selfish. We have to be thinking of the next generation. From this philosophy can come many strategies, but it all starts with respect.

Thanks to your efforts, in 2015 a law was passed in Palau establishing a marine protected area that prohibits fishing in a vast area of water that far exceeds the land area of Japan.

In Palau, we call the land our mother, and we call the ocean our father, and together the father and the mother are what enable us to continue living. If we harm one, it will affect the other. 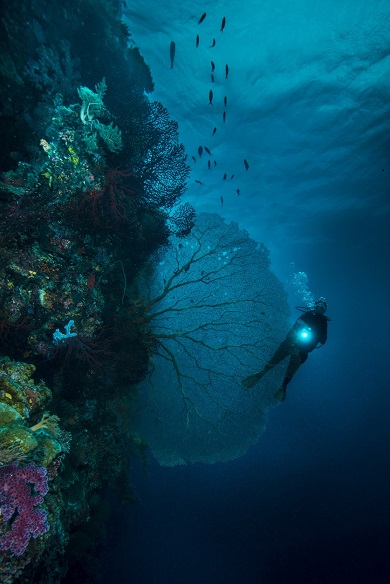 We have a traditional and cultural practice called bul, which means prohibiting the taking of species in an identified area, in at least one-third of the reef. That one-third will help sustain the population of the two-thirds that you are allowed to fish. Then, later, you open the area that was closed, and close the area that was open.

Also, Palau is the first country to require all visitors to sign a pledge—the Palau Pledge—to respect the ocean and not to take or destroy anything that needs to be protected.

In Palau, at your suggestion, March 15 has been designated as Youth Day. What message do you want to convey to the youth of the world?

My message to young people is that you are not just tomorrow’s leaders, you are today’s leaders, whether you like it or not. Don’t wait until you’re older. The only way adults are going to listen is if their children say, “What you’re doing is wrong for me and for my future.” That will get their attention.

I’m sure you’ll not listen the president of Palau. But you will listen to your son or daughter and even your grandkids when they say, ‘Hey dad, what about my future?’

Even if you’re CEO of a major company, I’m sure you’ll not listen the president of Palau. But you will listen to your son or daughter and even your grandkids when they say, “Hey dad, what about my future? What is your legacy to my children?” I’m very uplifted when I see the youth around the world making these concerns loud and clear.

There are many politicians silently hiding or trying to be very diplomatic, but they’re not doing their job. It’s the youth who are representing the great majority of the population on this Earth, telling the leaders what they need to be concerned about, telling them to take action. That gives us hope.

I have four children and seven grandchildren. The youngest grandchild is two months old. I’m not going to be here when my grandchildren have babies, but at least I would like for them to enjoy the things that I’m enjoying now—to grow up and be able to go to an ocean that is unpolluted and to be able to catch a fish, to swim, to have their wedding on the beach . . . I hope every parent will help leave the world a little better for their children and their grandchildren.