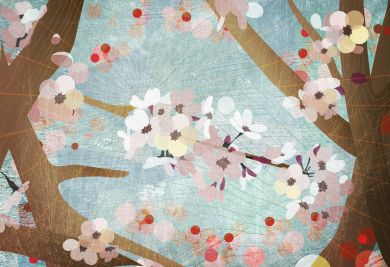 The idea of value creation was central to the philosophy of Tsunesaburo Makiguchi (1871–1944), first president of the Soka Gakkai; the name of the organization in fact means “society for the creation of value.” Makiguchi’s profoundly humanist outlook—focused on human happiness, responsibility and empowerment—lives on in the global Buddhist humanism of the Soka Gakkai today.

The terms value and value creation may invite confusion, especially with the idea of “values” in the sense of a moral standard. Value indicates that which is important to people, those things and conditions that enhance the experience of living. As the term is used in the Soka Gakkai, value points to the positive aspects of reality that are brought forth or generated when we creatively engage with the challenges of daily life.

Value is not something that exists outside us, as something to be discovered; nor is it a preexisting set of criteria against which behavior is judged. We can create value at each moment through our responses to our environment. Depending on our determination and direction, the value created from any given situation can be positive or negative, minimal or infinitely great.

Even what may seem at first sight to be an intensely negative situation can serve as an opportunity for the creation of positive value.

Even what may seem at first sight to be an intensely negative situation—a difficult relationship, financial woes or poor health—can serve as an opportunity for the creation of positive value. A lifelong commitment to justice, for example, may arise from an early experience of having been wronged.

Buddhist practice enhances our ability to see those possibilities, as well as the vitality, wisdom and persistence to realize them. Because we live our lives within networks of interrelatedness and interdependence, the positive value we create for ourselves is communicated and shared with others. Thus, what started out as the inner determination of one individual to transform their circumstances can encourage, inspire and create lasting value within society.

This same progression—from the inner life of the individual to the larger human community—is seen in Makiguchi’s ordering of what he saw as the essential categories of value: beauty, gain and good. Beauty indicates esthetic value, the positive sensory response evoked by that which we recognize as “beautiful.” Gain is what we find rewarding, in the broadest, most holistic sense; it includes but is not limited to the material conditions that make life more convenient and comfortable. Good is that which enhances and extends the well-being of an entire human community, making it a better and more just place for people to live.

Even prior to his conversion to Nichiren Buddhism in 1928, Makiguchi believed that the authentic purpose of life was happiness. As his practice and study of Buddhism deepened, Makiguchi began using the expression “the life of Great Good” to indicate a way of life dedicated to the highest value: the well-being of all humankind. This may be understood as a 20th-century reformulation of the age-old Buddhist ideal of the compassionate way of the bodhisattva.

It is also important to note that, unlike some of his contemporaries, Makiguchi rejected the idea that “the sacred” could be a form of value unto itself, and he asserted that human happiness was the authentic measure of religion. As he wrote: “Other than freeing people and the world from suffering, what meaning could there be for the existence of religion in society? Isn’t freeing people from suffering the value of gain? Isn’t freeing the world from suffering the moral value of good?”

The philosophy of value creation is thus a call to action—as we are, where we are—in the cause of human happiness. It is from the effort to orient our hearts toward a sublime objective that we gain the wisdom and energy to shape reality, at each moment, in the most value-creating ways. As Daisaku Ikeda states: “The key to leading a fulfilled life, free of regrets, is to dedicate ourselves to a cause, a goal that is larger than us.”