Statement on the Entry into Force of the TPNW

Soka Gakkai President Minoru Harada welcomes the entry into force of the Treaty on the Prohibition of Nuclear Weapons (TPNW) on January 22, 2021. Affirming the organization’s legacy of action toward a world free of nuclear weapons, he calls for increased global solidarity to achieve this goal and a shift from state-centered security to people-centered security. 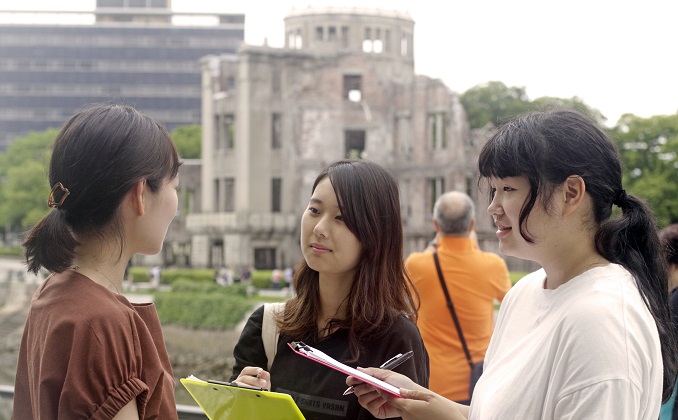 Together with the members of the Soka Gakkai worldwide, I wholeheartedly welcome the entry into force of the Treaty on the Prohibition of Nuclear Weapons (TPNW) on January 22, 2021. The entry into force of the TPNW heralds the start of the end of the nuclear era and marks a significant step forward toward the total elimination of nuclear weapons. I would like to express my deepest respect and appreciation to all those who have struggled for years toward the shared objective of ridding this world of nuclear weapons, including the world’s hibakusha, International Physicians for the Prevention of Nuclear War (IPPNW), the International Campaign to Abolish Nuclear Weapons (ICAN), and others in the international NGO community.

The Soka Gakkai has long been committed to the prohibition and abolition of nuclear weapons as its social mission and responsibility. Our efforts have been inspired by second Soka Gakkai president Josei Toda’s declaration, issued on September 8, 1957, calling for the abolition of nuclear weapons and harshly condemning them as a threat to the right of the world’s people to live. Toda shared the resolve of the first president of the Soka Gakkai, Tsunesaburo Makiguchi, who died in prison having fought for the sake of peace and human rights, never succumbing to pressure from the Japanese military government during World War II. The spirit of Toda’s declaration was then inherited by Daisaku Ikeda, third president of the organization, who has denounced nuclear weapons as an absolute evil and dedicated his life to building the foundations for lasting peace. We are determined to continue to work to realize our founding presidents’ resolve to realize a world free from nuclear weapons.

Under President Ikeda’s leadership, members of the Soka Gakkai and Soka Gakkai International (SGI) have devoted ourselves to grassroots initiatives to eliminate nuclear weapons, efforts driven by the passion and energy of youthful future leaders. These efforts, with their consistent focus on one-to-one dialogue, include the organizing of antinuclear exhibitions and symposia, campaigns to collect signatures and the publication of the testimonies of atomic bomb survivors. The SGI has actively collaborated with other NGOs, civil society actors and faith-based organizations (FBOs) around the world toward this common goal. The TPNW’s entry into force is the culmination of the long, persistent struggle of citizens from around the world coming together in solidarity. It is our hope and conviction that it will become a significant milestone on the path to nuclear abolition.

Threats to global peace and security are multifaceted and complex. As SGI President Ikeda has repeatedly argued in his annual peace proposals, the world must shift from a traditional state-centered understanding of national security to a more fundamental and authentic approach to security focused on protecting people’s lives and dignity. From that perspective, it is clear that prohibiting and abolishing nuclear weapons from this world is the surest and most realistic path to lasting security for humankind.

The Soka Gakkai has always placed foremost importance on standing with the people. Japan is the only country to have suffered the wartime use of nuclear weapons. We therefore express our strong desire that Japan participate as an observer in the first meeting of States Parties of the TPNW with the goal of creating the conditions that will make its ratification of the treaty possible. Japan should assume a leading role in advancing the prohibition and abolition of nuclear weapons by bridging the deep divisions that now exist between the nuclear-weapon states, nuclear-dependent states and the non-nuclear-weapon states.

The Treaty on the Prohibition of Nuclear Weapons represents a pragmatic vision for achieving a world free from nuclear weapons. Along with the legal and institutional establishment of the treaty, it is crucial that its animating spirit and vision be widely disseminated and received. This is a challenging undertaking that must be driven and sustained by hope and faith in the power of the people.

The TPNW’s entry into force is the occasion for redoubling our efforts to build global solidarity among people who seek a world without nuclear weapons. As heirs to the spiritual legacy to which our organization’s three founding presidents dedicated their lives, the members of the Soka Gakkai will continue to take action and engage in dialogue toward the goal of constructing “the defenses of peace” in the hearts of individuals everywhere.