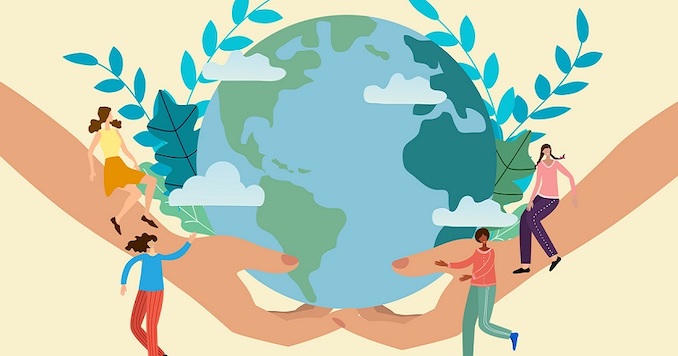 Ambassador Anwarul K. Chowdhury, former UN Under-Secretary-General and High Representative and founder of the Global Movement for the Culture of Peace, comments: “I know of no one who has highlighted the role and responsibility of the United Nations so consistently, relentlessly and substantively for such a long period of time as President Ikeda. For the last 40 years, his annual peace proposals have contained brilliant ideas and suggestions for the good of humanity. I am encouraged he has highlighted empowerment of people as a major element in building the Culture of Peace.”

Concerning humanity’s response to the pandemic, Ikeda calls for solidarity built on awareness of our interconnectedness and states: “I believe firmly that the key factor determining the direction of history will prove not to have been the virus, but we humans ourselves.”

He emphasizes the need to address the inequalities the pandemic has exposed, and that gender equality and women’s empowerment are key to overcoming the crisis and building a global society that sustains human dignity.

He also proposes creating a youth council to advise the UN on the comprehensive protection of the “global commons,” the environmental resources essential to all humanity.

Concerned about the impact of disruptions to education, Ikeda suggests that the UN Transforming Education Summit planned for September focus on education in emergencies, inclusive education and learning for global citizenship.

Toward the first meeting of States Parties to the UN Treaty on the Prohibition of Nuclear Weapons (TPNW) slated for March, Ikeda stresses the urgency of “detoxifying” ourselves from nuclear-dependent security doctrines and strongly calls for Japan, other nuclear-dependent states and the nuclear-weapon states to participate as observers, stating: “As more countries that presently feel they cannot sign or ratify the TPNW begin to positively acknowledge its true value and significance, I am confident that this will catalyze the energy and political will needed to put an end to the era of nuclear weapons.”

The Soka Gakkai is a global community-based Buddhist organization that promotes peace, culture and education based on respect for the dignity of life. The Soka Gakkai International (SGI) is an NGO in consultative status with UN ECOSOC. Every year, SGI President Ikeda issues a peace proposal on January 26 to commemorate the SGI’s founding in 1975.