The Guiding Light of Buddhist Philosophy

The following is an interview with Yoichi Kawada, advisor at the Institute of Oriental Philosophy (IOP), located in Tokyo, Japan. The IOP, a nonprofit foundation, was founded by Daisaku Ikeda in 1962 to promote research on the cultural and philosophical heritage of Asia and expose Buddhism to scholarly inquiry so as to clarify the essentials of Buddhism and its universal values. 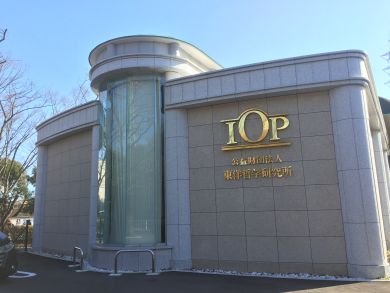 The Institute of Oriental Philosophy, Tokyo

Please describe the aims of the Institute of Oriental Philosophy (IOP) and how it is working toward the achievement of these aims.

When the IOP was established, our founder, Daisaku Ikeda, provided three guidelines for the institute. These were to study religious cultures and traditions in modern Asia, to study Buddhism, focusing on the teachings expounded in the Lotus Sutra, and to offer the humanistic and pacifist philosophy of Buddhism to the world and lead the way in solving the global issues facing humanity today.

Based on these guidelines, we have been pursuing the study of the three major thoughts presented in the Lotus Sutra, which are the universal enlightenment elaborated in the “Expedient Means” chapter, the perpetuity of life—the idea of time without beginning or end—and the Bodhisattva way of life. We are working to find relevance and develop connections to other religious philosophies and disciplines in order to establish common ground from which we can tackle the global issues threatening humanity together.

Recently, the IOP completed the publication in Japanese of a 10-volume series of books titled Daijo bukkyo no chosen (A Challenge for Mahayana Buddhism). Based on the ideas of the first three presidents of the Soka Gakkai, we tried to build up a logical framework of Buddhist philosophy that offers solutions to global issues such as environmental problems, conflict and violence. The ninth and the tenth volumes in particular focus on the themes of intercultural and interfaith dialogue.

In addition to publications, the institute has hosted a series of discussions and lectures with scholars from various disciplines. In 2015, we held more than 20 such discussions with researchers and academics of Islam, Eastern Christianity and Catholicism in order to facilitate intercultural and interfaith dialogue.

What is your general approach to interfaith dialogue?

Daisaku Ikeda has stated that the purpose of conducting interreligious dialogue is to work together with people of other religious affiliations and to collaborate in solving urgent global issues. With regard to Islam, for example, in 2012, we co-organized a joint symposium with the University of Malaya, Malaysia, on the topics of peacebuilding, environmental preservation and human rights and dignity. This was the first joint symposium the IOP held in an Islamic country and it facilitated very interesting and open dialogue between Buddhist and Muslim scholars. 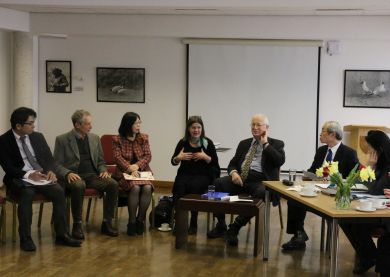 In June 2007, as a representative of the Buddhist faith tradition, I attended an interfaith conference cosponsored by the Wahid Institute, the Simon Wiesenthal Center’s Museum of Tolerance and the LibForAll Foundation. Representatives from the Islamic, Jewish, Christian, Hindu and Buddhist faith traditions participated in the conference. On that occasion, I was afforded the opportunity to speak directly with the late Dr. Abdurrahman Wahid. He said that Islam is a peaceful religion and was propagated peacefully. Dr. Wahid, a Gandhian and firm supporter of nonviolence, explained that the term “jihad,” which is sometimes misunderstood, means “to strive or make an effort” and “to act with sincerity in accord with the Islamic Law.”

There are two types of jihad, greater jihad and lesser jihad. In his dialogue with Mr. Ikeda—Global Civilization: A Buddhist-Islamic Dialogue—Dr. Majid Tehranian explains that taking up arms has been allowed in Islam only in self-defense. This is external jihad, or lesser jihad. He also stresses that internal jihad, or greater jihad, is considered far more difficult and consists of purifying the soul of the impurities of greed, aggression and evil. 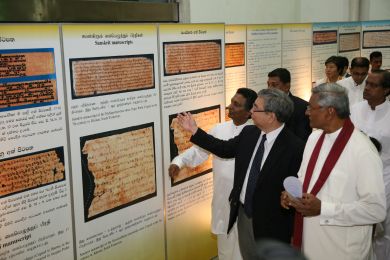 Similarly, in Mahayana Buddhism the concept of “earthly desires are enlightenment” describes the process of overcoming the “three poisons” of greed, anger and foolishness. In successfully challenging these, one reveals one’s inherent enlightened nature that is characterized by compassion, courage and wisdom. There is a strong connection between these two concepts of life transformation expounded respectively in Buddhism and Islam.

As religious individuals, I believe it is incumbent upon us to dispel the prejudicial view of jihad as being linked to acts of terror and to convey an accurate understanding.

As a representative of Buddhist scholars, I presented ideas from the Buddhist perspective at the conference, quoting passages from the Lotus Sutra and other Buddhist scriptures. Through such exchanges of ideas based on the essential teachings of our respective religions, we expanded our understanding of how each religious community can contribute to the discourse on peace, environmental preservation and human rights protection.

What do you think makes the IOP unique?

What is unique about the IOP is that it is actively conducting dialogue with scholars of other religious faiths while basing itself firmly on the philosophy of the Lotus Sutra and the thinking of the first three presidents of the Soka Gakkai, particularly our founder, Daisaku Ikeda. Through these kinds of academic exchanges, mutual understanding on the level of religious philosophy can be developed, and misguided beliefs and prejudice can be dispelled.

The IOP’s researchers have also been instrumental in offering academic insight into various religious philosophical foundations and scriptures. In April 2016, the IOP cosponsored the exhibition “Buddhist Sutras: A universal spiritual heritage—manuscripts and iconography of the Lotus Sutra” at the UNESCO Headquarters in Paris. The content of this exhibition was informed by the work of our researchers and experts in the field.

What are some emerging global issues the IOP is focused on and would encourage our readers to take an interest in?

On the 50th anniversary of the institute’s founding, Mr. Ikeda sent us a message in which he stated that the global issues facing humanity today could be categorized into three areas. The first is climate change and environmental problems, the second is social, political and economic challenges, and the third is a crisis of the human spirit and a degeneration of ethics and morals.

Ultimately, the last of these is the source of all the other problems—therein lies the fundamental cause of violence, holding the key to solving all issues confronting humanity, be they environmental, social, political or economic. In that sense, our focus is on addressing all global issues. 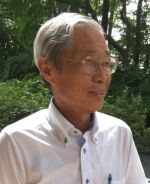 Yoichi Kawada served as director of the Institute of Oriental Philosophy (IOP) from 1988 and was appointed as an advisor in March 2017. During his tenure as director, Dr. Kawada oversaw the institute’s wide-ranging research programs into the intersection of East Asian philosophical outlooks and contemporary global issues such as human rights, environmental protection and bioethics. He is also a medical doctor with a PhD in immunology from the University of Kyoto, Japan, and is a recognized authority on the history of Buddhist medicine, bringing the insights of Buddhism to bear on contemporary issues of bioethics, medical and clinical practice.