On October 2, the NGO WG on HREL organized a side event titled “Youth as Ambassador of Human Rights Education: Implementing the Next Plan of Action of the World Programme.” About 70 people participated in the event including representatives of the Permanent Missions of Slovenia and Austria, UN agencies such as the Office of the High Commissioner for Human Rights (OHCHR) and the UN High Commissioner for Refugees (UNHCR), as well as local and international NGOs. 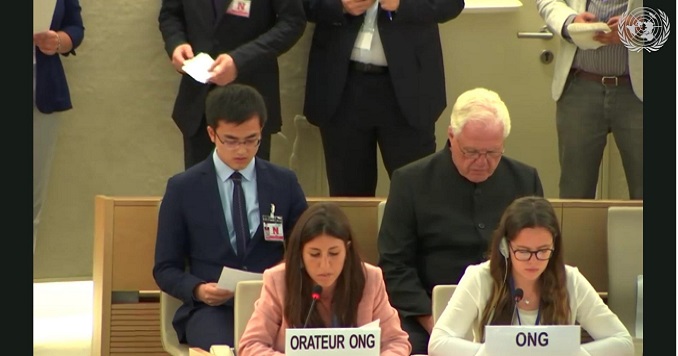